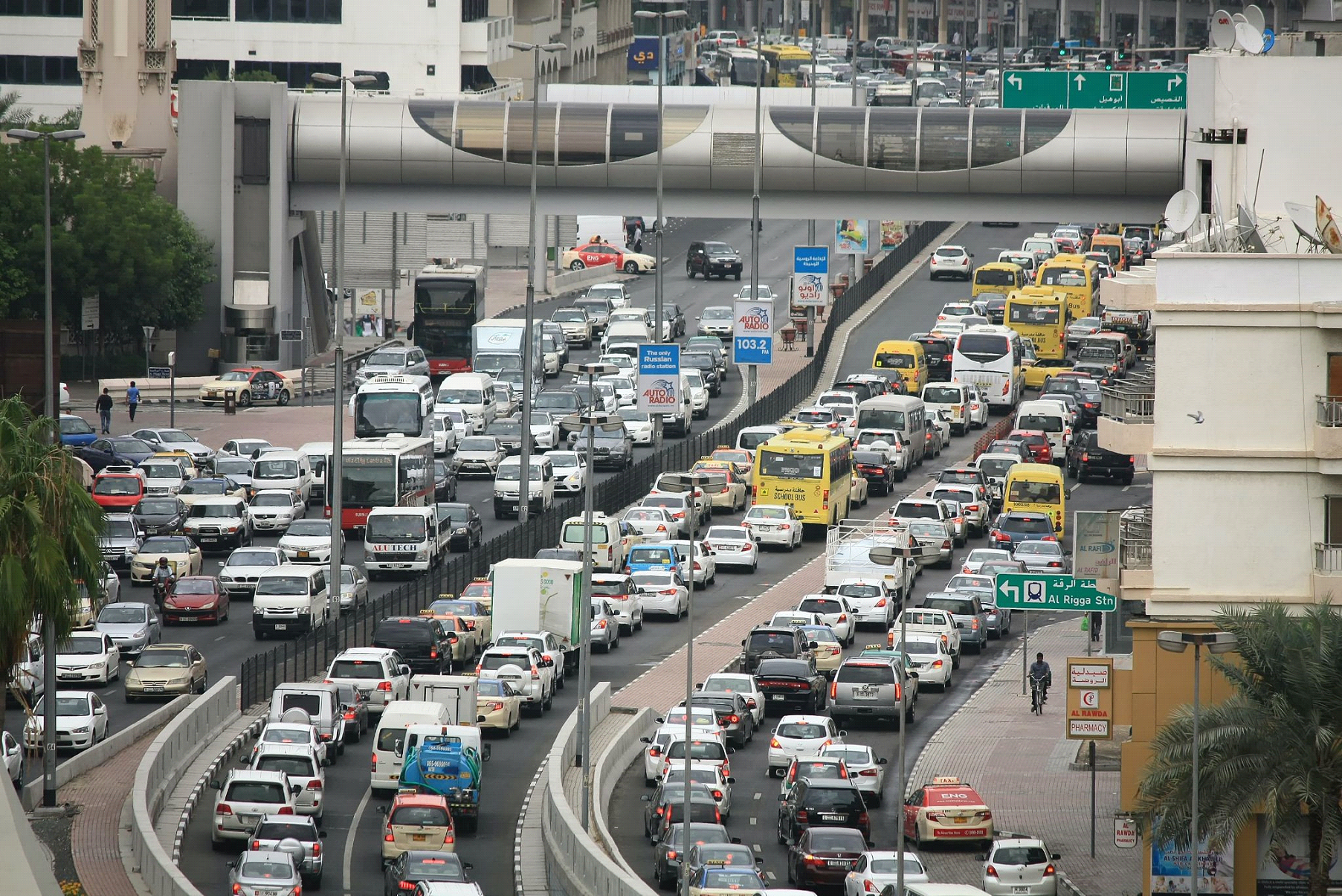 Rising traffic congestion is becoming an inescapable issue in large and growing metropolitan areas across the world, from Los Angeles to Tokyo, from Cairo to Sao Paolo. Peak-hour traffic congestion is an inherent result of the way modern societies operate. It stems from the widespread desires of people to pursue certain goals that inevitably overload existing roads and transit systems every day. But everyone hates traffic congestion, and it keeps getting worse, in spite of attempted remedies. Although we may never be able to eliminate road congestion, there are things we can do to curb the problem.

Sharky Laguana is the Founder and CEO of Bandago, a rental company with 15-passenger vans across the United States including Los Angeles, New York, San Francisco, Dallas, and Austin. He serves on the board of the American Car Rental Association, is a mayoral appointee to the San Francisco Small Business Commission, and plays an active role in public policy to make the world a better place. His next big fight, traffic congestion.

It was announced this year that Laguana would be combatting the societal issue of traffic congestion with his new investment, Fetii. Fetii is a group rideshare startup that utilizes a network of 15-passenger transit vans to service groups and businesses with on-demand group transportation. The startup aims to create the world's first group-focused rideshare service that relieves congestion while offering a state-of-the-art transportation experience. Fetii looks to improve the lives of individuals and businesses by solving one of society's most pressing issues: traffic congestion

Traffic congestion has worsened noticeably in San Francisco and other major cities over the past few years. We have also subsequently seen increases in overall vehicle carbon emissions which has degraded the ambient air quality in many cities. Studies over the years have shown that sitting in traffic costs the average American 97 hours a year, with the average passenger vehicle producing 27% of total air pollution. With Sharky as an investor and advisor to Fetii, the duo plan to reduce the number of vehicles on the road. Sharky has dedicated a portion of his Bandago rental fleet for the purpose of servicing Fetii users, which ultimately removes the necessity for groups and businesses to take multiple vehicles when getting to and from locations.

Laguana and Fetii come with a solution to a problem where many rideshare companies have failed. Rideshare pioneers like Uber and Lyft were initially introduced as a way to reduce traffic congestion; that notion’s been thoroughly debunked in recent years. A recent MIT study found that not only do single passenger rideshare companies increase congestion, but they also make traffic jams longer. Specifically, they noted that due to conventional rideshare companies, congestion increased by almost 1 percent while the duration of congestion rose by 4.5 percent. The MIT researchers also believe that the substantial deadheading miles (miles traveled without a passenger) by conventional rideshare companies also contribute greatly to their negative impact on road congestion. According to some studies, approximately 40.8 percent of Uber and Lyft miles are deadheading miles.

The fight to reduce traffic congestion and air pollution will undoubtedly be a long and hard one. But with the new transportation software coming from the Fetii team and the driving force behind Sharky Laguana, we’re excited to see the future these two visionaries have in store for a better and cleaner tomorrow for future generations.

Fetii Inc. is a SaaS mobility company that utilizes a network of 15-passenger vehicles to service groups and businesses with on-demand group transportation. It aims to create the world's first group-focused rideshare service that relieves congestion while offering a state-of-the-art transportation experience. Fetii looks to improve the lives of individuals and businesses by solving one of society's most pressing issues: traffic congestion.

Fetii services two segments: groups (Fetii Group) and businesses (Fetii Business). Fetii Group utilizes an iOS and Android app to connect vehicles with groups who need to get from Point A to Point B. Fetii Business connects vehicles with businesses and organizations that need transportation services for employees, clients, customers, etc. Movability, Central Texas' first and only transportation management association, partnered with Fetii earlier this year to offer the group rideshare service to its portfolio of corporate members in the State of Texas. Fetii’s Advisory Board consists of Sharky Laguana, Pat Ruble, Rudy Prince, Ashok Kumar, and Joseph Kopser.